Decoding microrna mode of binding and its regulation

MicroRNAs (miRNAs) are the most characterized class of small noncoding RNAs and are fundamental regulators of gene expression control. They are involved in virtually all biological and pathological processes.

miRNAs post-transcriptionally silence target RNAs by sequence pairing forming RNA heteroduplexes within the 3UTR. A miRNA can potentially interact with many target-RNAs. At the same time, the complexity of the miRNA-dependent gene expression control is underscored by the fact that several miRNAs can potentially target one single RNA species, resulting in additive or synergistic effect. Considering that 2654 miRNAs exist in the human genome, it appears that miRNAs and RNAs interact in multiple combinatorial manners to precisely control gene expression programs. Thus, a comprehensive identification of all miRNA-binding sites and their interplay is needed to fully understand the overall function of miRNAs in cells or tissues.

Despite efforts to develop bioinformatics algorithms to better predict miRNA-binding sites, it has been demonstrated that computational approaches can be misleading, yielding approximately 70% false or negative targets. Such a low prediction efficiency might be improved by considering more in details different biochemical parameters, including sequence specificity of each miRNA, cooperativity of miRNA-binding sites, and the activity of RNA-binding proteins on target mRNAs.

Here, I will present some of the data generated in my laboratory that contribute to disclose the complexity of miRNA-binding activity. 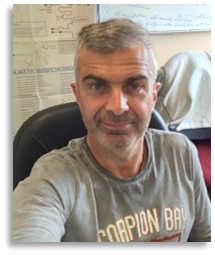 The 11 winning projects since 2017 of the "Translational research IUCT-O" call for proposals will be presented by their leaders on Thursday 7/7 in the IUCT-O amphitheatre. This event is open to all and without registration, come in great numbers!