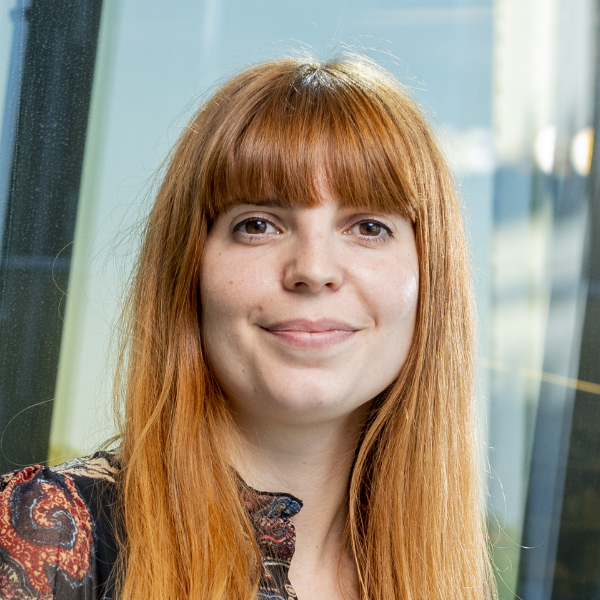 Acute myeloid leukemia (AML) are hematological malignancies characterized by an aberrant proliferation of myeloid progenitor cells that are blocked at an early stage of their differentiation. Leukemogenesis is finely regulated by transcription factor (TF) implicated in the differentiation. Amongst them, CCAAT-enhancer binding protein a (CEBPa) is a key TF and is frequently find dysregulated or mutated in AML. Therefore, the aim of my PhD was to study the role of CEBPa in differentiation, metabolism and response to treatment in AML.

Our team had shown that CEBPa expression et activity are increased in AML patients carrying isocitrate dehydrogenase 1 and 2 mutations (IDH1/2m). IDH1/2 are key metabolic enzymes which, when they are mutated, acquired a neomorphic enzyme activity, leading to the production of an oncometabolite, the 2-hydroxyglutarate (2HG). In this context, we show that CEBPa activates the vitamin D (VD) pathway and its receptor (VDR) in a 2HG dependent manner. VDR is receptor/TF essential for mono/granulocytic differentiation. Therefore, we demonstrate that differentiating agent combination (with ATRA and VD) synergizes to induce differentiation of IDH1/2m cells. Furthermore, we observe an enrichment of the VD/VDR pathway in IDH1/2m patients relapsing after treatment with IDH1/2m inhibitors (IDHi). These findings provide a scientific rational to combine ATRA and VD as an alternative therapeutic approach to treat this AML patient subgroup. While IDH1/2m cancer cells exhibit metabolic specificities, to date no study has shown how metabolic changes elicited by IDH1/2m modulate proliferation and drug resistance. Thus, we observe that mitochondrial metabolism is enhanced in IDH1m cells. This metabolic change is due to an enhanced fatty acid oxidation (FAO) transcriptionally dependent on CEBPa. IDHi that reduced 2HG production and CEBPa expression fail to block mitochondrial activity and FAO, due to re-activation of PGC1a a canonical TF of mitochondrial activity and biogenesis. Furthermore, we show that mitochondrial inhibition improves IDHi efficiency in vivo. While CEBPa function in metabolism is well known in normal cells (hepatocyte, adipocyte), it has never been described in AML. Beyond IDH1/2m patients, we also show that CEBPa expression is increased in AML patient carrying mutations in the Fms-like tyrosine kinase 3 (FLT3) receptor. We demonstrate that FLT3-mutated (FLT3m) cells have an enhanced lipid synthesis activity in a CEBPa dependent manner. Moreover, FLT3 inhibitors (FLT3i) reduce monounsaturated composition of membrane phospholipids by inactivating CEBPa. This leads to enhanced sensitivity of FLT3m cells to ferroptosis inducers. Accordingly, combining ferroptosis inducers with FLT3i represents a promising therapeutic approach for this subgroup of patients with a poor prognosis.

Beyond its role in differentiation, this work has identified a novel and essential role for CEBPa not only in mitochondrial and lipid metabolism but also in the response and resistance to new therapies in AML.