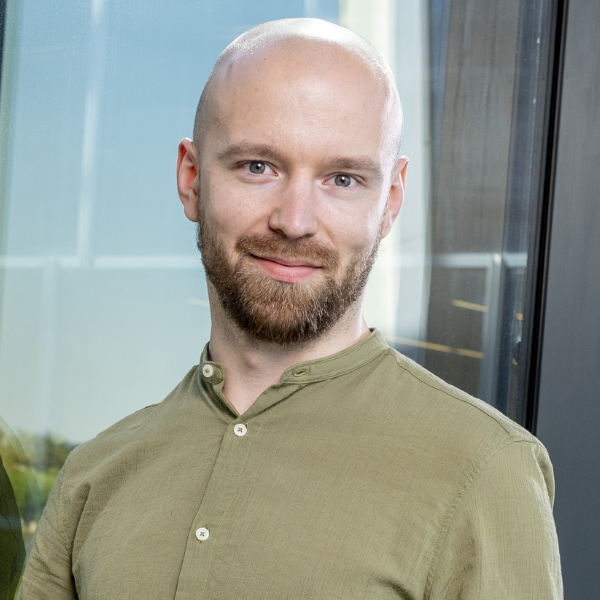 Tumour-associated macrophages (TAMs) are one of the main cell populations in the tumour microenvironment. They promote tumour growth and metastasis and confer resistance to apoptosis, immune attack and therapy on cancer cells. Therapeutic targeting of TAMs in cancer remains difficult due to their high plasticity and the lack of exclusive markers. Team 9 at CRCT then developed a monoclonal antibody called 6-25, using Nurse-like cells (NLC) as a model for TAMs. NLCs are the type of TAMs found in chronic lymphocytic leukaemia (CLL), are crucial for the survival of leukaemia cells and can be easily generated in vitro. The 6-25 antibody was characterised to bind specifically to TAMs from different tumours by recognising the sideroflexin-3 (SFXN3) protein on their surface. The 6-25 antibody and its target have been patented (WO2018/020000 and WO2018/19990). The overall objective of this thesis was to further characterise the specificity and therapeutic potential of the 6-25 antibody and the biological role of its target, SFXN3. The first part of the thesis aimed to evaluate the functionality of the 6-25 antibody. The naked IgG1 version of antibody 6-25 showed no toxicity to PBMC from both healthy donors and CLL patients. It did not cause depletion of CLL and showed only a minor effect on the phenotype of these cells and monocyte-derived macrophages (MDM) in vitro. However, the 625 antibody was found to be efficiently internalised by NLC. The second part of the thesis focused on the proposed target recognised by the 6-25 antibody, SFXN3. Due to the general lack of information regarding SFXN3, further characterisation of its expression in macrophages was investigated. Numerous experiments on MDMs treated with various M1 and M2 polarising agents have shown that the 6-25 target is specifically expressed on the surface of M2 macrophages. The results obtained from the screening of the 6-25 target on MDM were further used to study its expression pattern in NLC. Increased expression of the 6-25 target on the surface of NLC was correlated with their protective functions, making it a marker of protumoral TAMs. In addition, experiments on the polarisation of NLCs allowed a better understanding of the role of TNF and IL-10 on the biology of these cells and in particular the protective function towards CLL cancer cells. Further experiments on the target recognised by the 6 25 antibody led to the initial questioning and eventual disqualification of SFXN3 as a potential epitope. Subsequent target re-identification was performed using optimised immunoprecipitation/quantitative mass spectrometry (IP-MS) and RNAseq, which provided the list of potential targets. In the screening process, the folate receptor ß (FRß) was identified as the target of the 6-25 antibody. The results presented in this thesis show that the 6-25 antibody represents a promising pathway to target TAMs. FRß has been shown to be an M2 marker specific for TAMs. Due to the functional properties of 6-25, including high specificity and internalisation upon binding to M2-like macrophages, a drug-conjugated version (DCA) of it was generated. As the first experiments with 6-25 ADC showed promising results in depleting FRß-expressing macrophages, they will be continued in the future. Also in perspective, in vivo experiments with the 6-25 antibody are planned to evaluate its efficacy in modulating MCT, in order to improve the outcome of cancer therapy.