Biolican : To develop new technological approaches for the detection of new circulating biomarkers for the management of lung cancer.

In routine clinical practice, physicians rely heavily on tumour biopsy to make a diagnosis of cancer. This tumour sample also determines the molecular characteristics of the tumour and can thus be used to predict the course of the disease or to guide the choice of the most appropriate treatments. As the tumour evolves, molecular analyses, sometimes on a regular basis, quickly become essential to ensure the best possible care for the patient. However, the act (surgical, radiological, endoscopic, etc.) of taking a tumour sample for analysis can be invasive, painful, impossible or even dangerous depending on the tumour context.

Although conventional biopsies remain essential for the initial diagnosis of a cancer, to define its stage, or to study the tumour environment, liquid biopsy, which is defined in particular as the molecular analysis of tumour DNA circulating in blood plasma, has a definite clinical value for the management of patients with cancer. This is because the breakdown of cells, both healthy and tumourous, in the body is a natural phenomenon, and strands of DNA are therefore circulating in the bloodstream. The principle of liquid biopsy is to identify DNA from cancer cells in the blood, which remains a real technological challenge because the amount of circulating tumour DNA is very small. Thus, a simple blood test could allow the molecular evolution of the tumour to be examined and the possible appearance of resistance to be monitored in order to adjust the choice of a targeted therapy, for example. It is therefore highly likely that, in certain circumstances, tumour tissue sampling could give way to this type of minimally invasive, iterative, inexpensive strategy, with no associated health risks.

Liquid biopsy also has the great advantage of being representative of the molecular landscape of the primary tumour, whereas tissue biopsy provides access to valuable but spatially constrained information. This last point allows to reach a higher level of understanding of the pathology, in order to obtain essential information for the individualised management of patients, according to a precision medicine strategy. Also, analysing circulating markers will save the tumour sample, as in some cases the clinician does not have enough tissue to satisfy all molecular investigations.

Objectives of the project :

However, and as previously mentioned, liquid biopsy applied to oncology management still has limitations, particularly of a technical nature but also biological, in terms of sensitivity or concerning the range of information collected, which we propose to resolve through this collaborative research programme. This programme will be innovative in two ways: firstly, the innovation will be medical in the service of the patient, since it will enable the implementation of a technological solution that will finally make full use of the immense clinical potential of clinical biopsy. Secondly, the technological innovation associated with this project will make it possible to go beyond the current framework of exploration of liquid biopsies, in order to define new molecular indicators, for example epigenetic indicators, with the aim of improving patient care. In this context, the objective of the present research project is to provide an integrated technological device allowing the preparation, separation and multiparametric analysis of blood samples in search of molecular information that can guide treatment or even allow early diagnosis.

For this programme, we will focus our efforts on lung cancer patients, where the search for circulating tumour DNA markers is already practised in the clinic, and is involved in therapeutic decision making, especially regarding the use of targeted therapies, immunotherapies or combinations of chemotherapy and immunotherapy. More specifically, the detection of “oncogenic drivers” such as activating mutations of the EGF receptor (primary determination or detection of resistance mutations), translocations of ALK and ROS1, and more recently mutations of the BRAF, PIK3CA and HER2 genes, as well as translocations of RET and amplification of MET, make it possible to orient patients towards targeted therapies in the first line of treatment.

The challenge of this programme is to produce a new technological device capable of detecting all or part of the molecular events associated with this clinically valuable signature in patients’ blood. This device, which will be sensitive, specific, capable of multiplexed analysis in real time and at low cost, will have to integrate the entire analytical chain up to the delivery of the result.

In this perspective, the µLAS strategy developed by LAAS will be used for size profiling and quality control of circulating DNA, as recently reported (Andriamanampisoa, Anal Chem, 2018). In addition, this same technological brick will be used to purify DNA according to its size (0.1 to 1 kb), taking into account recent results obtained in prenatal diagnosis, in order to improve the detection of mutations in circulating DNA (Mouliere, Sci Trans Med, 2018). Regarding the methodology used for the detection of mutations and translocations, we have chosen the MEMS, or microelectromechanical systems, approach because of their very high sensitivity and the detection of species of interest without prior labelling. Briefly, we intend to use resonant micro-membranes as gravimetric sensors, which once biofunctionalised with DNA probes, allow the detection of specific sequences. This technological approach also allows the simultaneous analysis of several biomarkers of interest. These technological building blocks will be developed and tested separately, then assembled. We will first carry out studies to determine the specificity and sensitivity of the various devices (preparation, sorting, analysis) on :

This research programme will also provide an opportunity to go beyond the current framework of liquid biopsy exploration to the detection of epigenetic DNA modifications, which appears to be the most appropriate strategy for the early diagnosis of cancers, including lung cancer. To this end, we will set up sample processing and analysis devices to determine the level of methylation of circulating tumour DNA. For this project, we will specifically look for the methylation level of promoters of genes known to be methylated in lung cancer, such as TSLC1, RASSF1A, PTEN, CDKN2A, MGMT, SOX17, TAC1, HOXA7, CDO1, or SHOX2 (Santarpia M, J Thorac Dis 2018). This analysis will be made possible after sodium bisulfite conversion following size sorting of circulating tumor DNA, and MEMS analysis of the presence of known unconverted areas of DNA synonymous with CpG islands, characteristic of DNA methylation. As previously stated, the sensitivity and specificity of this module will be measured using synthetic, cellular and clinical samples, previously validated according to standard practice. 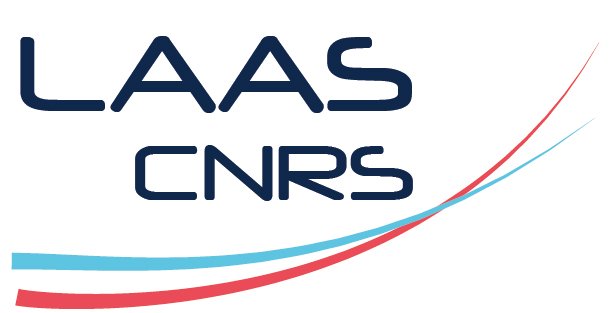